Install this script?
Ask a question, post a review, or report the script.

Originally posted to 8ch by Smoer. Updated and uploaded as ExVisited. Then further updated by HEN-TIE and myself with E-H Visited for the March 2019 layout redesign. I've since entirely reformatted the script to use a different storage method that incorporates fixes to existing problems, and allows for the functionality lost from ExVisited.

If you'd like to, please leave feedback, whether that be problems, questions, or requests. I am a bit burnt out on this script currently, so I'll try to respond to any feedback in a timely manner. 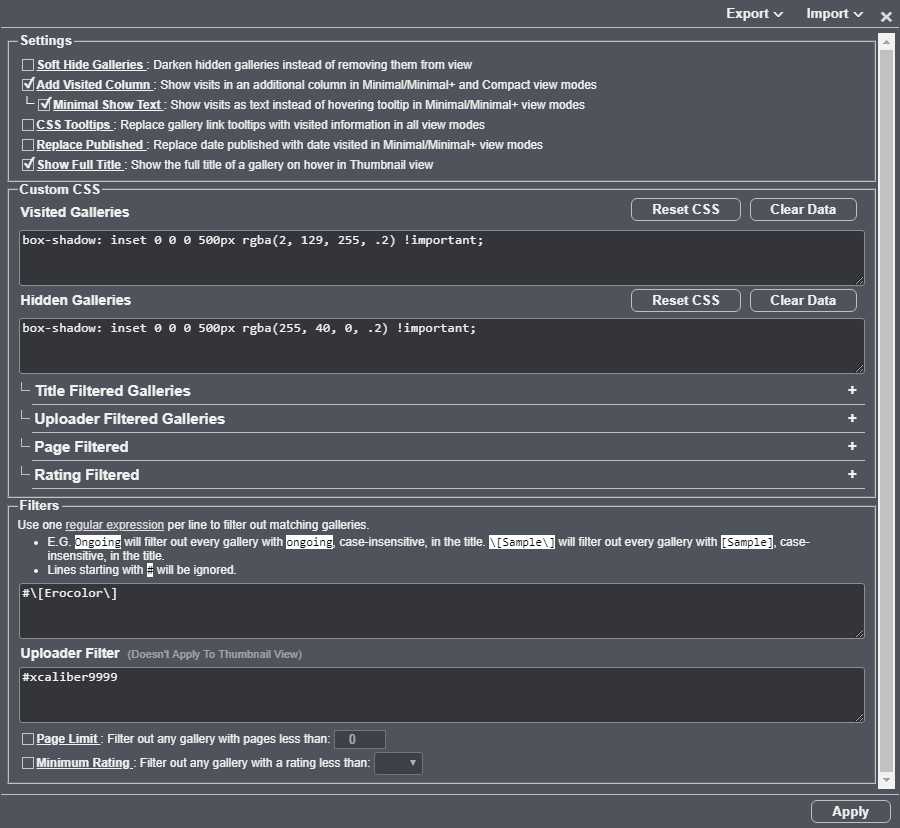